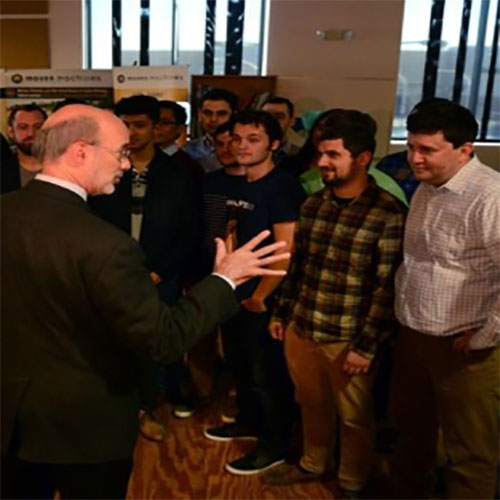 Last month, AlphaLabGear and a handful of its accelerator companies hosted Governor Tom Wolf during a recent visit to Pittsburgh. As part of his ‘Jobs that Pay’ tour, the governor listened to pitches from local startups whose products are making waves in the Pittsburgh tech & hardware space. Forest Devices pitched its ALPHASTROKE technology to an attentive Wolf.

Fielding questions surrounding Harrisburg’s recent budget standoff, Wolf also expressed frustration with what he feels is the cause for the state’s current budget situation. “I’m not sure what more needs to be done,” Wolf says referring to failed efforts on a budget agreement. “If they don’t want to have a budget, I don’t know what more I can do beyond what I’ve already done.” Entrepreneurship and technological innovation, the governor emphasized, have been integral to the revival of Pittsburgh’s economy – “Pittsburgh is coming back to life.”